OUR LIVES ARE AN ADVENTURE WE WANT TO GET LOST IN 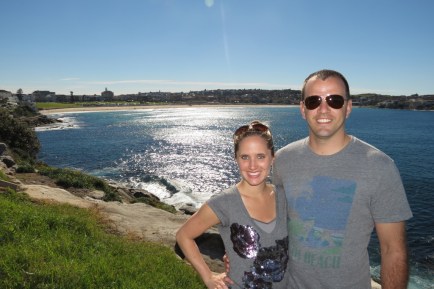 It’s time!! Our careers are no longer going to dictate our life ahead.

We are ready to take all the experiences we’ve have had in years past and go “all in” on a trip around the world.  Television and movies provide only a glimpse into the possibilities and each time we see someone experiencing a new culture we realize that we want to be those people.  We want to walk down the sidewalks in foreign cities, see the lights (or lack of) that show the way, experience the tastes of authentic cuisine as we travel,  shake hands with people as we attempt to understand their languages, and begin to understand the cultures of each destination.

We hope to share our experiences along the way as Whitney brings reason and planning through her down to Earth, detail oriented approach to Jeremy the dreamer on our worldwide adventure.

We invite you to follow along with us as we strap on our backpacks, put everything behind us, and jet off on our one-way ticket to the world. 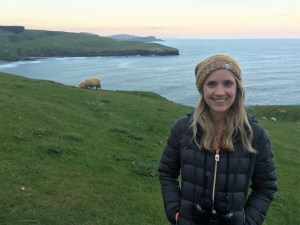 Welcome to The Lost Boyds! My name is Whitney Boyd and I currently live in New York City with my husband Jeremy and our black lab Coal. I have a dream job as a CPA and business manager at a public accounting firm in midtown Manhattan and I love exploring and being active! Whether it’s hiking, scuba diving, running marathons (which I’m un-officially retired from) or just escaping the city for a weekend jaunt to the beach, chances are I’m spending my free time enjoying the outdoors, or exploring one of the thousands of restaurants New York City has to offer. Just ask Jeremy…our bucket list never ends.

I’m originally from Atlanta, and “originally-originally” from New Orleans. I grew up in a military family (my mom and dad served in the US Army until I was 13 years old). During that time, we lived in 4 states, 1 foreign country (Germany) and many cities in between. I went to 9 schools by the age of 14, but my family eventually settled in the small town of Cumming, Georgia, which is where I met my future husband. That’s right… Jeremy and I are high school sweethearts and have been sharing adventures together ever since. In 2011, after 12 years of being together, we finally made it official and tied the knot in our dream wedding in New York City. 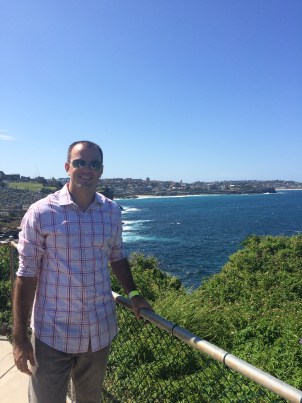 Growing up I knew I wanted to be a doctor and as college was ending I decided to take a chance and attend medical school at St. Matthew University in the Cayman Islands (After the travel seed was planted on a high school trip).  A couple years were spent on campus in Grand Cayman and the remaining 2 years spent traveling the eastern USA from Miami to New York.  I’ll admit it was difficult at first living in each destination for only a couple months at a time, but it eventually became a very enjoyable experience in each city.  I ultimately completed medical school and began residency training in New York City where we have lived the last 7 years.  Over these years I have met so many incredible people from around the world and slowly an urge and desire to travel has grown.

I have now reached the professional goals I set out for so many years ago, but something seems to be missing.  This urge to travel has become more of a need to experience what our world has to offer.  At 33 years old, it’s time to get my head out of the books and experience the world firsthand!

We invite you to follow along with us as we strap on our backpacks,
put everything behind us, and jet off on our one-way ticket to the world.
-Whitney and Jeremy
© thelostboyds-2015